There's an annoying character that was on the "Mom" show. In that show, Anne Ferris plays the part of a recovering alcoholic, whose youngest child went to live with his Dad and his girlfriend.

The girlfriend was played by Sara Rue. 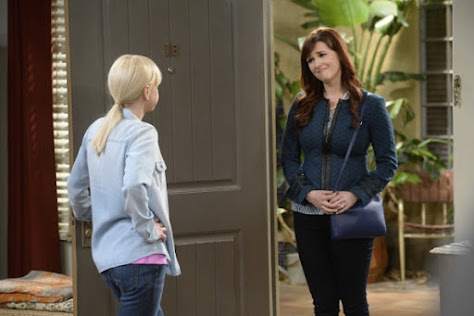 The Rue character, Candace, always dealt with her rival by putting on an expression that Anna Ferris called her "pity face". That expression conveyed Candace's sense of superiority, conviction that she was a better person and more competent 'mother', and in every way, better than Christy.

But, that she UNDERSTOOD, and pitied her.

That's the tone that Jen Psaki takes towards the Not-Biden Rabble. That they are just deluded, simple people, who need the guidance of their intellectual, moral, and cultural superiors to re-direct their peasant yearnings for a better life into the approved Leftist Track.

Now you understand why Anna Ferris's character goes OFF on that fake pity.